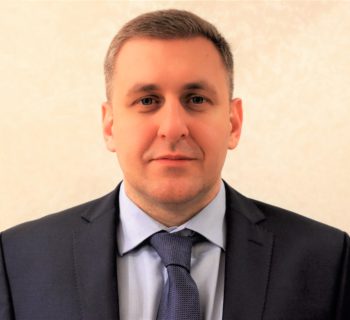 He graduated from the Law Faculty of St. Petersburg State University in 2001, majoring in International Law. In 2005 he received The Master of Laws (LLM) Degree in the field of European and International Commercial Law from the Universities of Amsterdam in the Kingdom of the Netherlands. In 2006, he interned at the headquarters of the World Trade Organization (WTO) in Geneva (Switzerland), focusing on judicial and law enforcement practices of the Panel of Arbitrators of the WTO court and the application of the Lex Specialis principle when considering trade disputes.

Specializes in international tax law, international investment law, transactions and trade, as well as issues related to the corporate construction of holding structures, the selection of optimal jurisdictions, protection of tenure and assets. He has experience in accompanying international M & A transactions, as well as operations to acquire assets in foreign jurisdictions. Represented the Russian creditor clients against a foreign debtor in bankruptcy proceedings. With the clients needs in mind, he participated in trials, representing their interests in various courts, including abroad.